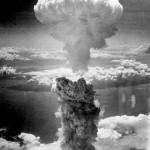 For the technology-minded the most used browsers to access our site were Chrome, Safari, Firefox, Internet Explorer, and the Android Browser. Access by mobile devices was up 82.22% – so an increasing number of people are reading revisionist truth on their smart phones.

The top ten most read articles were:

While none of these articles were published in 2015, the readership of these articles once again demonstrates the power of Web publishing. Most print journals do not get much readership of articles from prior years. By far, our most popular columnist is Thomas Dalton who took 3 out of 10 of our top spots including the top 3 most read articles. He is joined by V.K. Clarke, Carlo Mattogno, Paul Grubach, Joseph Bellinger, and Nicholas Kollerstrom.

We also added to our print catalog by publishing Volume 6 our hardcopy annual edition. This huge revisionist tome clocked in with a whopping 616 pages.

We are more popular than ever on Twitter. Our Inconhistory page now has 680 followers — up from 483 followers in 2014.

Finally of course, we announced that CODOH is now the publisher of Inconvenient History rather than History Behind Bars. We continue to hope that the new relationship with CODOH will benefit both organizations.