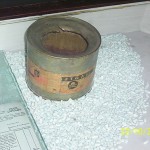 As 2014 came to a close, Inconvenient History (www.inconvenienthistory.com [2]) closed the door on its sixth year of activities. In our online journal, we published another 32 articles by some of the leading voices in historical revisionism in the world today. In addition, we printed hardcopy annual of our complete works from 2013. This volume is comprised over 500 pages of revisionist scholarship and continues to sell at a healthy rate through Amazon.com [3]. In addition, another 20 articles were posted to the “Inconvenient History – Independent Revisionist Blog” (http://revblog.codoh.com/ [4] ). Finally many hundreds of news posts were made to Twitter where @inconhistory has accumulated 483 followers. In a typical week our retweet reach can reach over 1,800 people.

Throughout 2014, pages of the Inconvenient History flagship journal were viewed 200,775 times by some 69,378 users. This represents a 15% increase over 2013. Our best day was 3 September when our pages were viewed some 8,542 times. While most of our readership is from the United States, 2014 saw a 105% increase in readership in the United Kingdom, an astounding 472% increase in Australia and a whopping increase of 722% in Canada.

For the technically inclined, most readers accessed us via Chrome, followed by Firefox and Safari, with Microsoft’s Internet Explorer in a distant fourth. Access via mobile devices increased by 114%. Tablet access also went up 93% over the previous year. For those using such devices the Apple iPad and iPhone were the two most popular devices. These trends seem to be in alignment with the technology industry and suggest that our readers are technically savvy.

Our top 10 most-read articles were the following:

Interestingly only three of this year’s top 10 articles first appeared in 2014. These were the very popular “Great Holocaust Mystery” and “Jewish Hand in the World Wars, Part 2” by Dalton, and my own “No Smoking Gun, No Silver Bullets.” The remaining top 7 were all published in prior years and again demonstrate a unique value of on-line publishing. Traditional print has a short life expectancy, while on-line publishing lends itself well to new readers who find older works no differently than brand-new ones.

Finally, we would be neglectful if we failed to mention that the Southern Poverty Law Center (SPLC) identified Inconvenient History as a “hate group” this year (they are of course wrong on both counts!) This has resulted in at least one High School and one College assigning us (along with 19 other groups) as a topic for research by its students. One college student carried on an email exchange with me for several weeks. Here are a few relevant comments:

“Even if I disagree with some of your stances, I feel you have every right to voice, research, and debate your opinions free of reprisal. That being said that’s not my assignment and I wish I had gotten a true “hate group” to make my efforts much easier… yet I digress… I know your motivation is to establish a clear truth about the holocaust.”

“This experience has opened my eyes to a subject I had never even considered, if nothing else you seemingly accomplished your goal, with one person. In the sense that I believe people should have the right to discuss anything…”

Imagine if our all of our sworn enemies promoted our work on campuses across the nation! Even if only that one mind were changed, I would say 2014 was quite a successful year. We know however that we are reaching tens of thousands all around the world. We are opening the eyes of countless people to subjects they never considered. They are learning that there is another side to the story and they believe that we should have the right to debate these points free of reprisal. Based on the accomplishments of 2014, it appears that the New Year will be quite an inconvenient one for the enemies of truth and intellectual freedom.