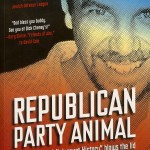 David Cole – “a revisionist for the Millennial generation”

I managed to find the time to read the well-written and generally fair-minded review of David Cole’s autobiography [2]. I realize you do not publish letters to the editor, but a few corrections are in order.

While it is true that many revisionists do not engage in on site forensic investigation, the pioneer in that field is Ditlieb Felderer, who visited Auschwitz-Birkenau some 27 times in the 1970s, expertly documenting the facility in approximately 30,000 color photographs. The fact that this achievement is unknown or forgotten is troubling (most of Felderer’s priceless collection was, I am told, destroyed in the arson which razed Ernst Zündel’s home in Toronto in 1995. My video of a sideshow presentation Ditlieb gave in Ithaca, NY in the mid 1980s – “Tour of Auschwitz Fakes” – offers several dozen for viewing).

Moreover, it is news to me that Mr Cole inherited ADL double-agent David McCalden’s “files.” If David Cole read “everything,” then, unless the files had been sanitized by a 3rd party before conveying them to Cole, Mr Cole should have come across evidence of McCalden’s double-dealing (for the record, Mr. McCalden was not an Irish nationalist, he was a Scotch-Irish, Ulster “Orangemen,” very much opposed to the IRA and other armed manifestations of Irish nationalism).

Cole demonstrates affection for Ernst Zündel as a likable nincompoop. Such an opinion overlooks or discounts this writer’s book-length account (The Great Holocaust Trial), of the highly organized and brilliantly orchestrated first Zündel trial in Toronto in 1985, where Canada’s national media, with whom I shared the press gallery, were shocked and disoriented by the defense which Ernst, Doug Christie and Robert Faurisson were able to mount; including having, for the first time in recorded history, the testimony of “infallible” Survivors and august “Holocaust” historian Raul Hilberg publicly shredded in a court of law. Mr. Zündel documented his trials via video recordings of news coverage and daily de-briefings by defense attorney Christie in the basement of Zündelhaus. Some of this this can be glimpsed in my film, also titled “The Great Holocaust Trial.”

Ernst’s second trial, the huge transcript of which has been preserved and published by Barbara Kulaszka, documents the breadth and depth of his defense, which left virtually no stone unturned in doing justice to the revisionist cause and the defense of the German people.

Mr. Cole is a revisionist for the Millennial generation. His book will likely serve to reach new people who would otherwise be oblivious to the “other (revisionist”) side” of the chronicle of the Second World War. Nonetheless, I am old-fashioned enough to be distressed by the casual and sloppy manner in which Mr. Cole demeans men like Ernst Zündel and Prof. Faurisson, the latter having been the first revisionist to have been recognized by a head of state for his enormous scholarly achievement and who, even as an octogenarian, continues to inspire the radical avant- grade in France to high profile defiance and satire of the sacred relics that are at the heart of the religion of Holocaustianity.

Mr Cole will be a more effective writer and educator when he learns to moderate his frenzies and refrain from dalliances with the fringes of false witness. A bit more humility might have prevented him from misrepresenting, indeed even smearing, revisionists who have never recanted in the face of beatings, bombings and imprisonments which far surpass anything the Republican Party Animal has endured.