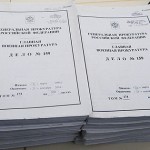 This week, Russian lawmakers passed a bill that would make Holocaust revisionism illegal.  The bill introduces criminal charges for “denying facts” established by the Nuremberg tribunal regarding the crimes of the Axis powers, as well as “disseminating false information about Soviet actions” during the war.  Punishment for such violations would range from a fine of 300,000 rubles ($9,230) and up to five years imprisonment.

While time is expected to reduce the emotions surrounding war, the Second World War is an exception.  The myths of the past are being canonized not only into popular expression but into law itself.  The Soviet Union’s atrocities during this period rarely fall under scrutiny.

The American media, typically quick to condemn today’s Putin regime, remains largely silent on criticizing this latest chilling move against freedom of speech and inquiry.   American journalists and Russian legislators should examine the history of the period.

The Soviets invaded Poland on September 17, 1939. The Red Army encountered minimal resistance as the Polish Army was already overwhelmed attempting to hold off the Nazi advance from the west.

On June 22, 1941 the Nazis invaded the USSR, including the Polish territory it took in 1939. The Wehrmacht War Crimes Bureau, a National Socialist bureau which was established for the purpose of investigating War Crimes had begun to hear reports of a mass execution of Polish officers by the Soviets by the Summer of 1941.

In February 1943 the German occupation authorities began to search the area around Katyn Forest. On April 12th, the Germans announced that a horrible atrocity had occurred. By June of 1943 the searchers had unearthed 4,143 bodies. Each body showed that they had been executed with a bullet in the neck at the base of the skull. The Germans organized a team of medical and legal experts from twelve neutral countries to visit Katyn and report on their findings. The evidence became clear that the Soviet NKVD had exterminated the missing Polish officers. To counter the charges, the Soviets now announced that it was in fact the Nazis who executed the officers with the purpose of falsely accusing the Soviets.

At the conclusion of the war the victorious Allies put the Nazi Leadership on trial in Nuremberg. While ostensibly a trial by an “International Military Tribunal,” the victors did not have to answer for atrocities that would certainly have resulted in death sentences had they been committed by the vanquished Nazi leadership. After the initial indictment was signed by the Nuremberg prosecutors, including a charge that the Nazis murdered 945 Polish officers in Katyn, near Smolensk, the Soviets demanded that the indictment be rewritten. The passage should in fact charge the Nazis with the murder of 11,000 Polish officers at Katyn. The Soviets charged that the Nazis had perpetrated the crime and had increased the number originally suggested by 1000 per cent.

The Nuremberg Tribunal assigned to the Soviets the task of introducing all the evidence of German atrocities in Eastern Europe. The evidence was a typical example of Nuremberg “evidence.” With regard to Katyn the Soviets introduced “testimony” which consisted of “written statements” said to have been signed by “eyewitnesses.” These testimonies were in fact only “quoted” in a “report” and read aloud by the Soviet prosecutor. The original documents were never attached to the report. A so-called “forensic report” was also introduced into evidence. It was the only forensic report introduced into evidence at Nuremberg.

To the credit of the International Military Tribunal, the Katyn indictment did not appear in the final verdicts at Nuremberg. The United States Congress decided to investigate the matter in 1951 and 1952 and found that the Soviets were indeed the perpetrators.

It was not until 1989 that Soviet scholars admitted that Stalin himself had ordered the massacre. In 1990, Mikhail Gorbachev admitted the execution had been carried out by the NKVD and confirmed the existence of two additional burial sites at Mednoye and Piatykhatky.

In light of recent events in Russia and the Ukraine, the recent bill passed by the Russian legislators clearly was done in the cynical pursuit of a political agenda with no regard for truth.  For this blow against freedom, libertarians, first amendment advocates, historians, and veterans should be howling with criticism.  The silence is an affront to the victims of Katyn will further embolden the enemies of truth and free historical investigation.