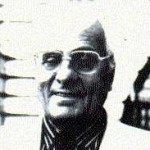 On 16 March 2014, Dr. Henri Roques died.  Roques, who was 93 at the time of his death, had spent a week in the hospital having been admitted for a double pulmonary embolism.

Roques was born in Lyon on 10 November 1920. A revisionist pioneer, he became interested in revisionism in 1955, when he discovered Le Mensonge d’Ulysse (The Lie of Ulysses) by Paul Rassinier. Roques began to correspond with Rassinier and remained friends with him until his death in 1967.

Roques is best remembered for his doctoral thesis which made world-wide headlines in 1986. For the first time in the nearly eight-century history of French universities, a duly awarded doctorate was revoked on French government’s orders, after an outcry by the Leftist-Jewish media in France. In a well-argued dissertation, Roques came to the stunning conclusion that the allegations of mass gassings of Jews made by SS officer Kurt Gerstein were groundless, and that the supposed Roman-Catholic coverup of this “slaughter” were untrue.

His dissertation was eventually published by the Institute for Historical Review in book form under the title The Confessions of Kurt Gerstein.

Revisionists are often charged with having unsavory and ulterior motives for their work.  Roques stated his goals very clearly:

“My primary aim was very simple: to be of service to the truth. I wanted to offer historians full texts, which they could trust. I wanted to help them avoid falling into the errors of their predecessors. My second aim: to contribute what I could to enable the revisionist school of thought — which is dedicated to bringing the history of the Second World War in accordance with the facts — to take its rightful place in the Universities.”

Roques’s shattering thesis will remain the authoritative word on lack of credibility of the “confessions” of Kurt Gerstein for the foreseeable future.