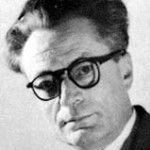 Rassinier participated in the founding of the Libre-Nord organization during the German occupation of France.  This organization resisted Nazi rule by, among other things, smuggling Jewish refugees over the Franco-Swiss border into Switzerland. As a result of his activities, Rassinier was arrested by German authorities who had him deported to the concentration camp at Buchenwald. He was later moved from Buchenwald to the camp at Dora where he survived through the end of the war.

At the war’s conclusion, Rassinier was awarded a decoration by the French government for his role in the wartime resistance movement.

To learn more about Rassinier’s life and accomplishments, see the following article on this site: